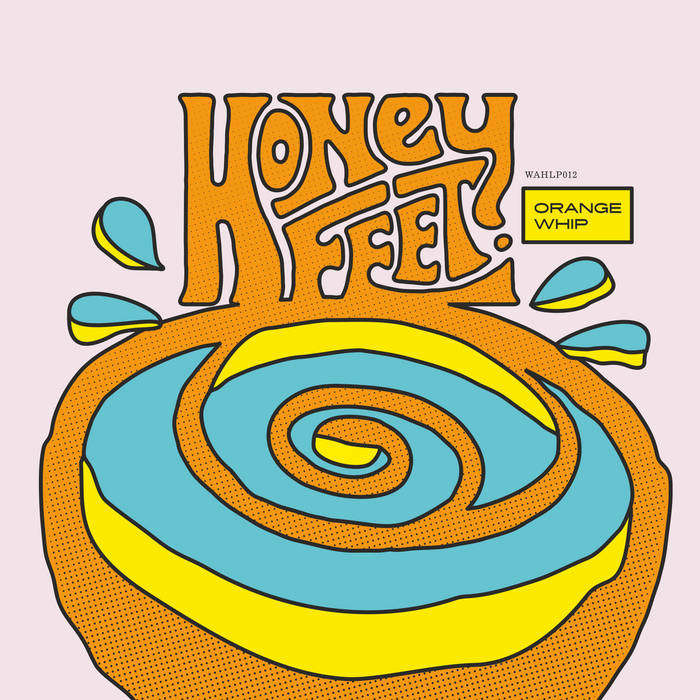 Tim Mee The track 'Sinner' is epic ... and you need to check out Black Lung
by Ríoghnach Connolly too! Favorite track: Sinner.

Sam Tweaks Hauntingly beautiful vocals and killer funk basslines - one of my albums of the year Favorite track: Sinner.

On 30thMarch, Wah Wah 45s will release ORANGE WHIP, the new album by their latest signing, Honeyfeet. The outfit, who have received praise from the likes of The Guardian, have also set festivals alight up and down the country with their unique melange of sounds.

For the last couple of years the Honeyfeet have been a conduit for the ideas and expressions of an exotic mixture of Manchester based musicians. This genre-defying band incorporate styles including jazz, folk and hip hop into their music. Someone once called it Folk-Hop and Barrelhouse-pop, and that's just vague enough to make sense.

ORANGE WHIP finds the band at their most incredibly diverse. Opening with recent single Sinner (received radio play from the likes of 6 Music and BBC Manchester), which showcases Ríoghnach's extraordinary agile and emotive voice, the album moves with dizzying swagger on songs covering a wide range of subjects. Quickball tells the story of being so infatuated with someone you want to eat them, while Whatever You Do addresses the fear-mongering of the press over folk-hop and oom-pah, and Demons deals with love and redemption on a blast of harmonica-driven country, sung by Rik Warren.

Rik also takes lead vocal on a re-working of Robert Johnson's Love in Vain, a song showing Honeyfeet's more reflective side, his Skip James-esque drawl bringing an eerie quality to the lyrics about a doomed relationship. The band reshape the progression too, swinging the tune slowly and creating a little underground blues club in the midst of the recording.

Elsewhere the band go all New Orleanian on Colonel Hathi's Trunk Juice, a sinister tale inspired by trombonist Biff Roxby's horn riff recalling one of the elephants of The Jungle Book. Further showcasing their virtuosity, on one of the album's best moments – especially the nuanced vocal performance by Ríoghnach, who was raised on Irish folk – on Hunt and Gather the band do their own take on prog-folk, with a flute and cello melody running alongside a brass counterpoint.

Ríoghnach turns in another incredible vocal on the album's final track - future single Meet Me On The Corner. With a pounding beat, it is one of the album's main highlights. Guitar and brass propels Ríoghnach to sing lyrics that could be straight out of the playground, but suggest something deeper, possibly mystical even, in it's demands for a dalliance on the street. It closes the album on a high note, for a band who have that rare ability to distil all their disparate influences, while always sounding like their unique selves.

Bandcamp Daily  your guide to the world of Bandcamp

Interviews With Butcher Brown and Slauson Malone, plus LP of the week by SAULT.